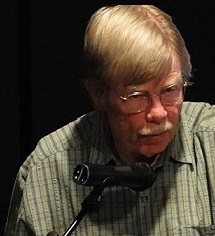 When Robert Hixson Julyan arrived in Yonibana in the fall of 1965, to become the first Peace Corps Volunteer to teach at Yonibana Secondary School, he, the school, and the newly independent country all were young and optimistic. Two years later he wept to leave the people he had grown to love. Now he is seeking to reconnect with Yonibana through Me Against Poverty.

Since leaving Sierra Leone, Robert has built a career as a writer, working as a newspaper reporter, editor, and columnist, a magazine writer, a university publications editor, and the author of numerous books about history, geography, and the outdoors. Most recently he’s become a novelist, with his first work published by the University of New Mexico Press. He lives in Albuquerque, New Mexico, with his wife of over 40 years. They have two married daughters, both classical violinists